The future of education is virtual

Massive open online courses (MOOCs) were supposed to bring a revolution in education. But they haven’t lived up to expectations. We have been putting educators in front of cameras and shooting video — just as the first TV shows did with radio stars, microphone in hand. This is not to say the millions of hours of online content are not valuable; the limits lie in the ability of the underlying technology to customize the material to the individual and to coach.

Clifford has been with the children for years and understands their strengths and weaknesses. He customizes each class for them. To a child who likes reading books, he teaches mathematics and science in a traditional way, on their tablets. If they struggle with this because they are more visual learners, he asks them to put on their virtual-reality headsets for an excursion, say, to ancient Egypt.

Watching the design and construction of the pyramids, children learn the geometry of different types of triangles and the mathematics behind these massive timeless monuments. They also gain an understanding of Egyptian history and culture by following the minds of the geniuses who planned and constructed them.

By using advanced sensors to observe the children’s pupillary size, their eye movements and subtle changes in the tone of their voice, Clifford registers their emotional state and level of understanding of the subject matter. There is no time pressure to complete a lesson, and there are no grades or exams. Yet Clifford can tell the parents how the child is doing whenever they want to know and can advise the human, Rachael, on what to teach.

Rachael does not lecture or scrawl facts or equations on a blackboard. She is there to listen and help. She asks questions to help develop the children’s values and thinking and teaches them how to work with one other. She has the responsibility of ensuring that students learn what they need to, and she guides them in ways Clifford cannot. She also helps with the physical side of projects, things made out of real materials rather than in mind and machine.

With Clifford as teacher and Rachel as coach, children do not even realize that what they are undertaking is study. It feels like building cool stuff, playing video games and living through history. Clifford, being software and having come into being in the same way that the free applications on our smartphones have, comes without financial charge. Rachael’s coaching is part of our public education package, funded in the same way today’s teachers are.

We already have wonderful teachers who are supportive and can teach teamwork and values. Believe it or not, we have the ability to build Clifford today. The artificial intelligence tools and sensors to observe human emotion are commonly available via smartphones and digital assistants, and the virtual-reality headsets will soon be powerful enough and affordable enough for holographic learning.

Take Facebook’s Oculus Rift virtual reality headset. When Facebook released Oculus Rift in March 2016, it cost $599 and required a $199 controller and a $1,000 gaming PC. The headset and controller now cost $399 together and do the work of the gaming PC. Facebook says a new version, Oculus Go, will ship later this year and cost $199. At the recent Consumer Electronics Show in Las Vegas, HTC announced Vive Pro, a headset with much higher resolution and better features than Oculus Rift; and its price will surely be lower, because dozens of other companies, including Google, Lenovo and Magic Leap, are in also the race.

We can expect that within two or three years, VR headsets will cost less than $100 and have built-in artificial intelligence chips, enabling billions of people to benefit from the education revolution finally at hand. 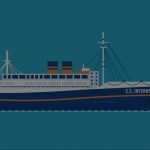 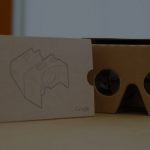